Yes, I’ve read all the messages from trolls and others, telling us the Noct is heavy and expensive and manual focus only. But I’ve used it and tested it and this lens is much more important than one might think. And it’s a bargain.

First about sharpness. I do resolution and contrast tests for a long time and have tested most lenses of the last two years that were relevant. Now most of us know that the Z lenses are very good. Center sharpness wide open is always great but even border and corner sharpness are great and this at larger apertures than most other lenses.

Now a person who doesn’t know much about lenses would say: ‘OK, so this lens is good too. Big deal. Still no reasons for it to be so expensive and massive.’

If you know then that bokeh (no, not blurriness due to the large aperture, bokeh) is simply better than any lens I tested, then we know Nikon did an excellent job. First by creating the Z mount, then by creating the Noct.

But what really surprised me was that it was very easy to focus manually. I made a series of pictures in a not very well lit studio walking around a subject (well, a doll) and just by looking through the viewfinder I got an excellent keeper rate (like 95%). It worked so good that focus peaking turned out to be less exact.

So if we’re taking stills, the lens gives you extra possibilities, creative and otherwise, but you have to pay for it. But since it is so much better than all other lenses, including the Zeiss Otus 50mm f/1.4, you don’t pay much for what you get. The Otus and the Noctilux are more expensive – and less good.

If you compare it to cine lenses, the lens really is a bargain though. Just have a look at this Cooke lens at B&H. It’s more than two stops slower but – just a little bit, a factor three – more expensive and so are most cine lenses that are a lot slower.

And hey, do you think it’s a coincidence that the Cooke-logo and the Noct-logo are both yellow and use a similar funny font?

Then the Noct has excellent sharpness from f/0.95 all over the field (since the corners are cut off if you use it for video / 16 : 9) and the most beautiful bokeh you can wish for, combined with a sharpness that is both great and not harsh at all.

And guess what? Since the flange distance is so small and since the last lens element is at the flange, you just have to use it with a Nikon Z camera! I wouldn’t be surprised if it’s Nikon’s ticket to Hollywood. Soon in this theater: The Noct!

Just a picture with some data 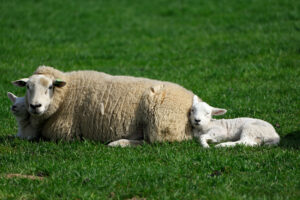